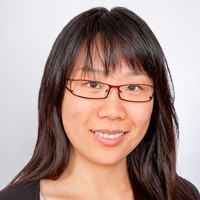 Prior to my doctoral studies at the University of Illinois, I worked as an archivist at the Archives of Ontario (Toronto) between 2002 and 2003.

My first book Screening Communities (forthcoming from HKUP in March 2019) is a substantive revision of my doctoral dissertation. It uses multi-media archival sources, including government archives, memoirs, fan magazines, newspaper reports, and films to narrate the complexity of social change and political turmoil – both screened and lived – in postwar Hong Kong. In particular, Screening Communities explores the political, ideological and cultural work of Hong Kong film culture and its role in the building of a postwar Hong Kong community during the 1950s and 1960s, which was as much defined by lived experiences as by a cinematic construction, forged through negotiations between narratives of empire, nation and the Cold War in and beyond Hong Kong. As such, in order to appreciate the complex formation of colonial Hong Kong society, Screening Communities situates the analysis of the “poetics” of postwar Hong Kong film culture within the larger global processes of colonialism, nationalism, industrialization and the Cold War. It argues that postwar Hong Kong cinema is a three-pronged process of “screening community” that takes into account the factors of colonial governance, filmic expression of left-leaning Cantonese filmmakers and the social makeup of audiences as discursive agents. Through a close study of genre conventions, characterization and modes of filmic narration across select Cantonese films and government documentaries, I contend that 1950s and 1960s Hong Kong cinema, broadly construed, became a site par excellence for the construction and translation (on the ground and onscreen) of a postwar Hong Kong community, whose context was continually shifting – at once indigenous and hybrid, postcolonial and global.

My second book project, funded by the Social Sciences Humanities Research Council – Insight Development Grant, is titled, “The Politics of the Invisible: Sex, Censorship, and the Other in Hong Kong Cinema.” My new project focuses on the representation of sex acts and sexualized bodies on Hong Kong screens and seeks to expose the on- and off-screen sexual identities of Hong Kong’s film talent as well as the multiple and interrelated discourses surrounding the history of screening sex in Hong Kong’s film culture. The goal of this project is to examine the various “viewing positions” adopted by government officials, film audiences and film critics among others toward the explicit representation of sexual acts and sexualized pleasures in Hong Kong cinema. The soft‐core film industry emerged in Hong Kong around the early 1970s. And eventually the proliferation of sexualized bodies on Hong Kong screens since the early 1970s led to the division of film talent and film narratives into different categories of decency. By the late 1980s, the ratings system implemented within the Hong Kong film industry pigeonholed stars in films that explore sexualized acts and sexualized pleasures as “Category III” actor (between the North American ratings of "R‐rated" and "X‐rated"). However, the categorization of film narratives was merely one containment strategy among others that continue to erase the relationships between sex, gender, power and pleasure in Hong Kong cinema. The main problem in this proposed project therefore is to expose the sexual and gender politics within the various discourses on sex found within political, industrial and discursive contexts.