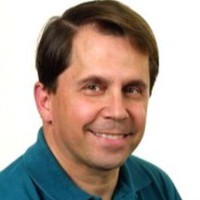 The environments in which fishes live can be unpredictable due to temporary or long-term alterations in their physical or chemical environment, as well as threats from disease, parasites, toxicants, and increased competition for resources.

Moreover, some fish may thrive in environments c...

The environments in which fishes live can be unpredictable due to temporary or long-term alterations in their physical or chemical environment, as well as threats from disease, parasites, toxicants, and increased competition for resources.

Moreover, some fish may thrive in environments characterized by unusual or extreme conditions such as acute or chronic decreases in water oxygen, altered salinity, changes in water pH, and temperature, or in some cases, even the temporary absence of water.

Our research combines whole animal techniques with biochemical, morphological, electrophysiological, and molecular approaches to determine how different species of fishes respond, cope, adapt and live in such unpredictable and extreme environments. We therefore work on a variety of fishes in the lab, ranging from phylogenetically ancient sea lampreys, hagfishes and lake sturgeon, to more modern teleosts such as goldfish and trout.

Current research projects in my lab are focused on:

1. Determining how ammonia and oxygen deprivation alters brain function and metabolism in fishes.
2. Establishing the mode of toxicity of the pesticides, 3-trifluoromethyl-4- nitrophenol (TFM) and niclosamide, which are used to control lamprey populations in the Great Lakes.
3. Describing how gill function and physiological processes in lampreys are altered and controlled as they undergo metamorphosis from filter-feeding, burrow-dwelling larvae to blood-sucking juvenile lamprey that prey on large bodied fishes in the Great Lakes and in the oceans.

Ongoing Projects
(i) Mechanisms of Ammonia Tolerance & Nitrogen Excretion in Fishes.
Ammonia can arise in aquatic environments due to the degradation of organic matter, run-off from agricultural operations or as leachate from landfill sites. In humans, neurotoxic ammonia can build-up in the body due to defects in the liver’s ability to detoxify ammonia arising from protein catabolism. In a collaborative effort with Dr. Les Buck (Department of Zoology, University of Toronto) electrophysiological techniques (Patch Clamp) are being used to establish how ammonia alters the neurophysiology of the brain in fishes subjected to high concentrations of environmental ammonia. In addition to whole animal and neurophysiological studies, Dr. Lucy Lee (WLU, Biology) and I have established cell lines of goldfish brains and other tissues. These cell lines will be used to determine how ammonia affects neuron survival, and to establish the mechanism of ammonia toxicity in brain cells by exposing cells to ammonia in the presence of various drugs that are thought to reduce the ammonia’s toxic effects in the nervous system. These experiments will build upon the findings of recent students who found that the ammonia tolerance of rainbow trout was increased when certain drugs (e.g. MK801, ethanol) were used to reduce nervous system activity. In combination with whole animal studies, cultured brain cells will be useful in vitro models that will be used to ascertain why certain fishes are more tolerant to ammonia than other fishes and mammals.

We are also studying how wastes, such as ammonia urea, are excreted across the gills of primitive fishes such as the lamprey. Using different surgical, pharmacological and molecular approaches a major goal is to determine how the parasitic lampreys rid their bodies of urea and ammonia after ingesting the blood of fishes. Unlike filter feeding larval lampreys, the parasitic lampreys use an oral disc to attach to their hosts, and use their rasping tongue to pierce the hide and then suck the blood from the fish. We recently reported that parasitic lampreys excrete vast quantities of urea after feeding on sharks, which suggest that they have specialized urea transporters for this purpose.

(ii) Mechanisms of Anoxia Tolerance in the Goldfish.
Unlike most vertebrates, in which oxygen starvation can rapidly lead to brain damage or death within minutes, the goldfish readily survives in oxygen depleted environments for days or even weeks. In an ongoing collaboration with Dr. Buck we measured the electrical properties of goldfish brain slices in response to anoxia using whole cell patch clamping. We have observed that the brain of some fish is protected by decreasing the activity of N-methyl-D-aspartate (NMDA) receptors, which are normally involved in processes such as learning and memory, and other ATP consuming enzymes (e.g. Na+/K+ ATPase)


(iii) The Effects of Multiple Metal Interactions and Dissolved Organic Matter on Fish Gill Function.
Although substantial progress has been made in recent years to understand how fish gills respond to metals on an individual basis, rarely are fishes exposed to metals or other toxicants individually. Since most toxicants exist in mixtures, a fundamental goal of my lab is to determine how mixtures of metals alter gill mediated physiological processes such as ion regulation in rainbow trout (Oncorhynchus mykiss). This work uses the Biotic Ligand Model (BLM), which provides details about each metal’s gill binding affinity, to predict how metals such as Cd, Pb and Zn interact with the gill. To test predictions using the BLM, fish survival and gill metal accumulation on the gill are then measured. Gill mediated physiological processes such as ion (Na+, Cl-, Ca2+) uptake are also measured to determine if the physiological responses of fishes can be predicted by the BLM. Dissolved organic matter (DOM) reduces gill metal binding, but different metals have different binding affinities for this ligand. Thus, a longer term goal is determine how the presence of DOM influences fish survival and gill function in fishes exposed to different combinations of metals.

(iv) Modes of Lampricide Toxicity in Larval Sea Lampreys and Non-target Fishes
This work, funded by the Great Lakes Fishery Commission, is investigating how the lampricide 3-trifluoromethyl-4-nitrophenol (TFM) exerts its toxic effects in fishes. This pesticide is added to streams containing larval sea lampreys as a means to control populations of this invasive species which have plagued fisheries in the Great Lakes. We will use a combination of sub-cellular mitochondrial isolation techniques and whole animal studies to test two hypotheses of TFM toxicity. Using whole body, biochemical and sub-cellular (mitochondrial isolation) techniques, we are testing the hypothesis that TFM interferes with oxidative ATP production, and therefore leads to death in larval lampreys and non-target fishes by causing metabolic arrest. We are collaborating with Dr. Grant McClelland (Department of Biology, McMaster University) and Dr. Yuxiang Wang (Department of Biology, Queen’s University) on this project. A second hypothesis we are testing is that TFM targets the gills of fishes, leading to disturbances to internal ion and water balance that eventually cause collapse of the circulatory system. As our understanding of the mode of TFM toxicity is improved, we hope it will contribute to achieving overall reductions in TFM use, so that TFM treatments can safely continue in the Great Lakes.


(v) Use of Passive Integrated Transponder (PIT) Tags to Monitor the Movements of Brown Trout in the Grand River Tailwater.
In a collaborative effort with the Friends of the Grand River (FOGR), Grand River Conservation Authority, and the Ontario Ministry of Natural Resources (OMNR), the long-term goal of this work is to use surgically implanted passive integrated transponder (PIT) tags to determine if habitat improvement measures (e.g. placement of large cover) are being used by brown trout (Salmo trutta) in the Grand River Tailwater. Another important goal is to use this technique to determine how/if brown trout survival over the winter is affected by limited habitat availability and ice formation. It is suspected that poor over-winter survival is one factor that makes it necessary to annually stock brown trout into the Grand River Tailwater to sustain this internationally recognized fly fishery. This pilot study is designed to assess the feasibility of using a portable PIT tag detector unit to locate fish in the Grand River, and to evaluate the effects that the PIT-tagging procedure has on the short- and long-term health of the trout. Studies are therefore conducted in the field and the laboratory.