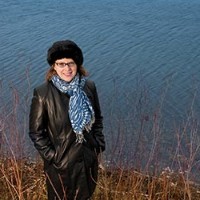 Deborah MacLatchy was appointed the next president and vice-chancellor of Wilfrid Laurier University on Jan. 10, 2017. She began her current term July 1, 2017, succeeding Max Blouw, who completed his second five-year term on June 30.

MacLatchy joined Laurier in 2007 as dean of the Facult...

Deborah MacLatchy was appointed the next president and vice-chancellor of Wilfrid Laurier University on Jan. 10, 2017. She began her current term July 1, 2017, succeeding Max Blouw, who completed his second five-year term on June 30.

MacLatchy joined Laurier in 2007 as dean of the Faculty of Science. In 2009, she was appointed vice-president: academic and provost. She also served as acting vice-president of research from December 2014 to November 2015.

Since joining Laurier in 2007, MacLatchy has played a lead role in many of the university’s significant initiatives, including: a new strategic academic plan; the establishment of innovative undergraduate and graduate degrees; development of Laurier’s integrated and engaged learning model; development of the multi-campus governance framework; the launch of the Laurier Institute for Water Science; the creation of the Laurier Centre for Women in Science; the advancement of the university’s research agenda; creation and expansion of the Office of Aboriginal Initiatives with a focus on community partnerships and support for Indigenous students; championing an enhanced focus on diversity, equity, gendered violence and inclusivity initiatives; and the implementation of Laurier’s new Responsibility Centre Management budget model.

In addition to her role as a senior administrator, MacLatchy is an active researcher and graduate-student supervisor with a focus on ecotoxicology and comparative endocrinology. She has published more than 80 peer-reviewed publications and is funded by the Natural Sciences and Engineering Research Council of Canada (NSERC) as well as through industry and federal, provincial and territorial infrastructure grants. She is a founding fellow and past chair of the science directors of the Canadian Rivers Institute, and is a past-president and council member of the Canadian Society of Zoologists. She is co-lead of the ecotoxicology node of the Southern Ontario Water Consortium and chair of the board of the Balsillie School of International Affairs.

MacLatchy has been recognized for her many achievements with a number of significant awards, including an honorary doctorate from Acadia University in 2016 and the 2015 Recognition Award from the Senior Women Academic Administrators of Canada. As well, she was named one of Canada’s Most Powerful Women for 2012 in a Top 100 list compiled by the Women’s Executive Network. Her research was awarded a 2005 NSERC Synergy Award for Innovation to recognize the successes of her industrial and government partnerships to remediate the environmental effects of pulp-mill effluents.

Research in my laboratory focuses on the effects of environmental contaminants on fish reproduction, development and growth. I am primarily interested in the source, mechanisms of action and effects of anthropogenic chemicals known as “endocrine disruptors” on fish native to Canadian ecosystems, especially those ecosystems under additional pressures such as climate change and urbanization.

Industry partners include pulp and paper, oil and gas, and municipal wastewater treatment. The lab also partners on a number of community-based projects in the Northwest Territories focused on the effects and mechanisms of action of contaminant exposure (e.g., mercury) and climate change pressures on large-bodied fish such as walleye.