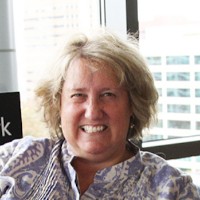 Ann received her PhD in 2005, capping a 20-year career in the Toronto area working at all levels of practice. Following two years on faculty at York University, she moved to Portland, Oregon where she has established a significant profile as an engaged scholar, working in deep partnership with co...

Ann received her PhD in 2005, capping a 20-year career in the Toronto area working at all levels of practice. Following two years on faculty at York University, she moved to Portland, Oregon where she has established a significant profile as an engaged scholar, working in deep partnership with community groups, and frequently engaged in an range of organizational/institutional change efforts to advance equity.

For six years, she was the Principal investigator in a research partnership with the Coalition of Communities of Color. Her work has led to the release of a report, “Communities of Color in Multnomah County: An Unsettling Profile” and a subsequent set of six community-specific reports that detail deep racial disparities between Whites and communities of colour across 28 institutions and systems.

The depth and breadth of disparities documented in these reports has served as a wake-up call for action. The work catalyzed much support for reforms, with progress being seen in numerous areas ranging including the funding practices of governments and foundations, major racial equity policies in school boards, the establishment of new research practices to make the invisible visible, and new financial commitments to increasing economic opportunities for communities of colour.

In 2012, her work was recognized by Portland State University and she was awarded the most prestigious of the university’s diversity awards, the President’s Award in Global Excellence. Given the importance of racial equity efforts in the region, Dr. Curry-Stevens created, in partnership with the Coalition of Communities of Color and allied groups in the university, the Center to Advance Racial Equity. CARE’s focus has been to respond to community-initiated research requests to support their advocacy efforts.

From 2013-2016, CARE produced 18 research studies, drawing on student and community researchers to conduct research. It is now being transitioned to community ownership, housed in the Coalition of Communities of Color, which is hiring its own researcher to lead this initiative. Her research interests include the growing gap between rich and poor, the social determinants of health, evaluation of policy change and of collective impact efforts, social movements, anti-oppressive practice, racial inequality and also in how to teach effectively on these issues. She has also partnered with five foundations, creating evaluation frameworks for grantees, and conducing such evaluations.

Her current research work is with ethno-specific organizations, identifying their evidence base, and building consensus positions on their assets, which they believe are essential for effectively serving communities of colour. Ann returned to Canada after ten years in the USA. As she settles into Laurier’s Faculty of Social Work, she is pleased to be teaching a range of courses, and beginning to establish options for partnership-based research – and giving priority to work that builds the “visibility, voice and influence” of communities at the margins of Canadian society.

I remain involved in two research projects in Portland, Oregon:

1. Principal Investigator, Delphi and Consumer Voice studies, with four culturally specific organizations and one culturally responsive organization. The project has identified the range assets shared by the organizations, and subsequently validated by consumers, confirming that these assets are important to their lives. Dissemination of findings continues with this project.

2. Co-PI, Reynolds Student Initiative, with three schools, one school district, and five organizations, designing and conducting a quasi-experimental mixed-methods design. Data from the pilot, pre and post tests are now being analyzed. I am also exploring research activities in the KW region.